I figured I hit up the introductions section and give an intro of my two main characters.

Shun Itagaki, also known as Yatagarasu, is a martial arts prodigy from New York's Canal Street who had a falling out with his dad over Shun's lack of ambition. Before he became a second degree black belt in Goju Ryu Karate, he would train diligently, utilizing his natural talents to the best of his abilities. But after achieving that rank at the age of fifteen, he became somewhat lazy and unmotivated, thinking he had reached the pinnacle of his abilities. The falling out with his dad caused him to leave home for Los Angeles where he met a certain dog who inspired him to train beyond his limits as a human. That dog's name is...

Reaver, a scientifically engineered dog. Reaver was genetically created from the DNA of a Wolf, a Great Dane, a German Shepherd, and various other possible breeds of dogs. Reaver escaped from the laboratory and wandered the streets of Los Angeles as a stray until he saw Shun being attacked by thugs. The bio engineered pup intervened and the thugs were badly injured. On this fateful day, man and dog became a team.
"Ass whoopin', comin' up"
Shun Itagaki/Yatagarasu
Top

hmm reminds me of a young Don Johnson
"The nerve of... Ugh!"- Celeste
"Our enemy is never as evil as we imagine." - Katyusha
"Darlin. You’re hotter than donut grease at a fat man convention." - Anna
"..." - Eventide
Top 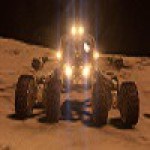 He is a good character
"I can remember, standing by the wall. The guns, shot above our heads, and we kissed, as though nothing could fall. And the shame was on the other side. Oh we can beat them forever and ever. Then we could be heroes just for one day."
Top

Reaver is coolest dog ever!
"If you don't know where you're going, you might not get there."--Yogi Berra
Top

Alicia hates that dog.
"The nerve of... Ugh!"- Celeste
"Our enemy is never as evil as we imagine." - Katyusha
"Darlin. You’re hotter than donut grease at a fat man convention." - Anna
"..." - Eventide
Top

Welcome! (the man not the dog), (I mean the dog is welcome too, but i was talking to the man), (I mean about the welcome, whatever you know what I mean...)
"Wait ... is this going to show up on everything I write?"
Top

We know the dog is welcome..but it needs money

Butterfly of Doom wrote:hmm reminds me of a young Don Johnson

There was a movie where Don Johnson had a dog?
"Ass whoopin', comin' up"
Shun Itagaki/Yatagarasu
Top